There is something about a pair of sunglasses that makes them arguably one of the most quintessential ‘must-have’ items of all time.

Not only are they immensely practical, offering protection from the dangers of the sun, but they are also an enormously versatile fashion accessory. 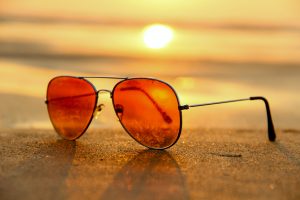 There is something about a pair of sunglasses that makes them arguably one of the most quintessential ‘must-have’ items of all time.

Not only are they immensely practical, offering protection from the dangers of the sun, but they are also an enormously versatile fashion accessory, available in a huge range of styles, colors, and prices to suit every pocket. Given their worldwide popularity, sunglass manufacturing has become a very lucrative, but highly competitive industry and while some manufacturers rise and wane in the public affections, there is one company that remains forever synonymous with the eyeglasses that protect our eyes from the rays of the sun: Ray-Ban

Although Us President, Benjamin Franklin, is often credited with inventing eyeglasses (he was the one who developed the first bifocal lens in the 1780s), the first reading glasses were developed in Italy, as early as 1260. People continued to be fascinated by all things optical throughout the centuries that followed, then, in the mid-eighteen hundreds British scientist, James Ayscough began to research tinted glass and the possibility that such technology may be used to improve vision impaired eyesight. As successful as he was, it was not until 1929 that the idea that glasses could filter the sun’s rays was given any serious consideration. At that time, U.S. optical company, Foster Grant, began to develop the idea further, until finally, later that same year, the first-ever pair of sunglasses were sold from a Woolworth’s store on the Atlantic City boardwalk. 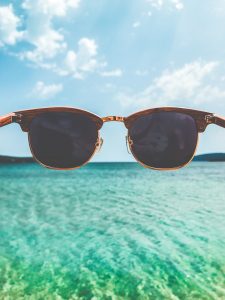 Recognizing that the new technology could be beneficial to their pilots, the U.S. Army Air Corps asked another prominent American company, Bausch & Lomb, to develop eyeglasses that would protect the eyes from the dangers of the glaring sun, when flying.

It was the U.S. eyeglass company, Ray-Ban, who really ran with the concept. In 1936, using the newly available polarized lenses, and a wide frame that offered maximum protection from the sheen of an instrument panel, Ray-Ban began to produce a lens that banned the sun’s rays. Some three years later, this model of sunglass so popular with pilots, became readily available to the American public. Ray-Ban ‘aviators’ were born.

As Americans came of age, so too did their eyewear. Throughout the war years, Ray-Ban continued its working partnership with the Air Force, creating Gradient mirror lenses that managed to be both highly practical and fashionable at the same time. There was something about that American flyer in his tough brown leather flight jacket, whose sunglasses hid his eyes. Ray-Ban had just made sunglasses sexy.

Ubiquitous in the 1950s, sunglasses became more than just eye protection. Worn by A-list celebrities in Vegas and Hollywood -stars whose every move was scrutinized and emulated all over the country- sunglasses became a fashion accessory, and Ray-Ban was quick to accommodate the growing trend for new designs and colorful frames, which they marketed to women in particular. 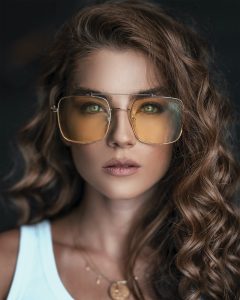 Keeping abreast of space-age technology, the company developed shatterproof lenses in the 1960s and the popularity of sunglasses continued to rise when fashion icon Jackie Kennedy was often seen with her trademark, oversized frames. On the silver screen, sunglasses were becoming an essential part of any actor’s costume, with movie stars like Peter Fonda and Audrey Hepburn, playing stylish, sunglass-wearing, characters who were able to hide their eyes from the audience and remain convincing.

Ray-Ban continued to develop new styles and designs in the 1970s and 1980s:

Their ‘Wings’ model was indeed a forerunner to the very modern, half-frame, the lens of today. In the era of American TV cop shows, like Starsky & Hutch, and Chips, the mirrored lenses once so popular in the 1940s, began to reappear. Ray-Ban was retro.

Stylish and modern, funky and retro, Ray-Ban remains at the forefront of sunglass manufacturing to this day, no mean feat when one considers the competition out there. Undoubtedly, the company will continue to have staying power in the industry, because throughout the decades it has evolved with the nation to give people exactly what they want for their eyes: the reliable protection of a hi-tech pair of sunglasses, and the serious ‘cool’ of a damn sexy pair of shades. 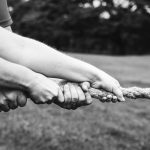 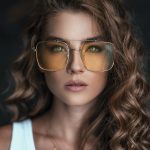 There is something about a pair of sunglasses that makes them arguably one of the most quintessential 'must-have' items of all time.