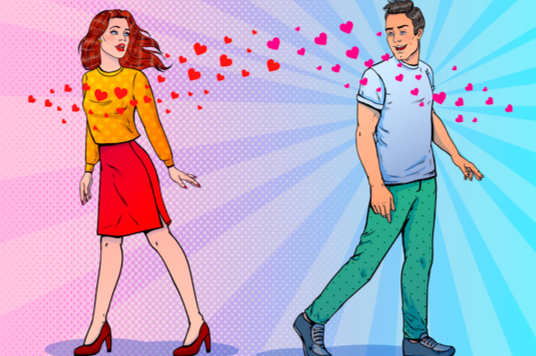 is a law of attraction, at least where electromagnetism is concerned. But are there laws about attraction between two people? “In a world that is full of strangers” as a line in a famous song of the 1980s goes, is there a clear set of rules that allows two people to fall for each other?

Is attraction a matter of chemistry? 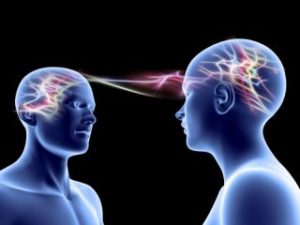 Maybe. According to scientists, the attraction between animals of the opposite sex is all about chemicals called pheromones. The effect of pheromones on the behavior of insects is the most studied to date. It has been observed, at least in some experiments, that pheromones are responsible for communication among the same species and colonies of ants. The horrible odor released by skunks to ward off enemies is said to be a kind of pheromone. Some species of apes rub pheromone-containing urine on the feet of potential mates to attract them. Some scientists believe that animals (usually the females) such as insects and mammals send out these chemical signals to tell the male of their species that their genes are different from theirs. This gene diversity is important in producing offspring with better chances of survival. The perfume industry has capitalized on pheromones as a means to increase one’s sexual attractiveness to the opposite sex. Animals such as the whale and the musk deer were hunted down for these chemicals.

Lately, scientists are looking into the existence of human pheromones and their role in mate selection. There are many conflicting views in the realm of biology, chemistry, genetics, and psychology. Most scientists would assert that these do not exist, or if they do, do not play a role in sexual attraction between a man and a woman. But new research such as that conducted by Swiss researchers from the University of Bern led by Klaus Wedekind is slowly making these scientists rethink their stand. Their experiment involved women sniffing the cotton shirts of different men during their ovulation period. It was found out that women prefer the smell of men’s shirts that were genetically different, but also shared similarities with the women’s genes. This, like in the case of insects and other mammals, was to ensure better and healthier characteristics for their future children. But researchers also cautioned that preference for a male odor is affected by the women’s ovulation period, the food that men eat, perfumes and other scented body products, and the use of contraceptive pills.

Does personality figure in sexual attraction? 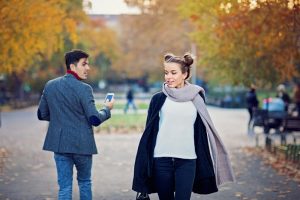 Yes, but so does your perception of a potential mate’s personality. According to research conducted by Klohnen, E.C., & S. Luo in 2003 on interpersonal attraction and personality, a person’s sense of self-security and at least the person’s perception of his/her partner were found to be strong determinants of attraction in hypothetical situations. What does this tell us? We prefer a certain personality type, which attracts you to a person. But aside from the actual personality of the person, which can only be verified through close interaction through time, it is your perception of your potential partner that attracts you to him/her, whether the person of your affection truly has that kind of personality or not. This could probably account for a statement commonly heard from men and women on their failed relationships: “I thought he/she was this kind of person.”

So how does attraction figure in relationships?

So should I stop trying to become attractive?

More than trying to become physically attractive, work on all aspects of your health: physical, emotional, mental, and spiritual. Physical attraction is still a precursor. Remember, biology predisposes us to choose the partner with the healthiest genes. Where your emotions are concerned, just ask this to yourself: would you want to spend time with a person who feels insecure about him/herself? Probably not! There is wisdom in knowing yourself: who you are, your beliefs, values, and dreams. And do not pretend to be someone you are not. Fooling another person by making him/her think that you share the same values and beliefs is only going to cause you both disappointment. When you are healthy in all aspects, attractiveness becomes a consequence and not an end. As mentioned in Klohnen and Luo’s research, a person’s sense of self-security matters, perhaps even beyond attraction. But remember: do these things for yourself and not for other people. Only then can you truly harness your attractiveness as a person. 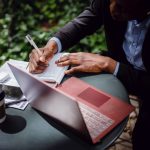 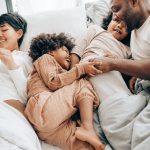 Does a Law on Human Attraction Exist?

is a law of attraction, at least where electromagnetism is concerned. But are there laws about attraction between two people?